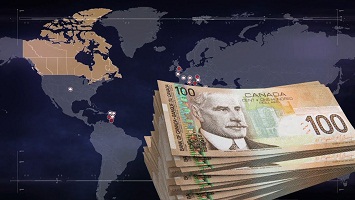 Quebec golden visa for sale. Canada is the most popular immigrant destination for HNW families. The Quebec Immigrant Investor Program is most popular path to become a permanent resident in Canada. Once selected, any new Canadian resident under any of the Quebec Programs may choose to reside in any Province of their choice. The QIIP also provides path to Canadian citizenship after three years of living in Canada.

Canada in 2018 announced new changes to quebec immigrant investor scheme and new changes were published in the official gazette. Quebec program has officially opened on Sep 10, 2018 for application intake and will run until March 15, 2018, roughly for about six months. The Government of Canada introduced a new bill in 2017 reducing the citizenship time from five years to just three years. After obtaining approval by the provincial immigration body, the investors are eligible to apply for immigration (a Residency Permit) through the Federal system. Applicants interested in the Quebec Immigrant Investor Programme should contact La Vida for further advice and apply as soon as possible for consideration in this year’s quota.

The Canadian Immigrant Investor Program had been in place for a number of years but was terminated in June 2014 by the federal government. Under the programme qualified investors were able to gain permanent residence in Canada and ultimately citizenship through the investor visa. An alternative was offered in the form of the “Immigrant Investor Venture Capital Pilot Program” requiring a net worth of $10 million and to make a $2 million Canadian dollar investment into the “Immigrant Investor Capital Fund” for 15 years. The investment immigration programme was eventually scrapped after just seven applications and the government failing to grant residency to any applicant.

From 2017 there is no investment immigration program at the federal level in Canada. There are options at the provincial level. The most popular of these is the Quebec Immigrant Investor Programme (QIIP) largely because the QIIP is the only provincial program allowing for passive investment. Applicants must have acquired a $2.0 million Canadian dollar net worth, agree to invest $1,200,000 Canadian dollars for 5 years, show intention to reside in Quebec and have a minimum of two years’ management in a company during the last five years and have had a minimum of two full-time employees. The Quebec Immigrant Investor Programme will accept an annual 1900 applicants. No more than 1330 applicants will be accepted from any single country. Completing an application is a lengthy process and only completed applications will be considered.

Have, alone or with his accompanying spouse, including de facto spouse, net assets of at least $1,600,000 CAN obtained legally, excluding the amounts received by donation less than six months before the date on which the application was filed. Have experience in management in a legal farming, commercial or industrial business, or in a legal professional business where the staff, excluding the investor, occupies at least the equivalent of two full-time jobs, or for an international agency or a government or one of its departments or agencies;

Quebec defines management experience as the exercise, for at least two years in the five years preceding the application for a selection certificate, of duties related to the planning, management and control of financial resources and of human or material resources under your authority; the experience does not include experience acquired in the context of an apprenticeship, training or specialization process attested to by a diploma.

Intend to settle in Québec and sign an agreement to invest $800,000 CAN with a financial intermediary (broker or trust company) authorize to participate in the Investor Program. The assessment of your application will also take into account other factors such as your age, the nature and duration of your professional training and your language skills. you do not longer have to complete all those process and requirement; just buy your golden visa online from All in one document by contacting us here